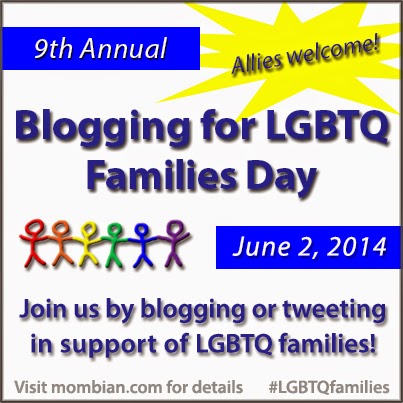 This post is part of Mombian's Annual Blogging for LGBTQ Families.  Check out all the posts HERE! 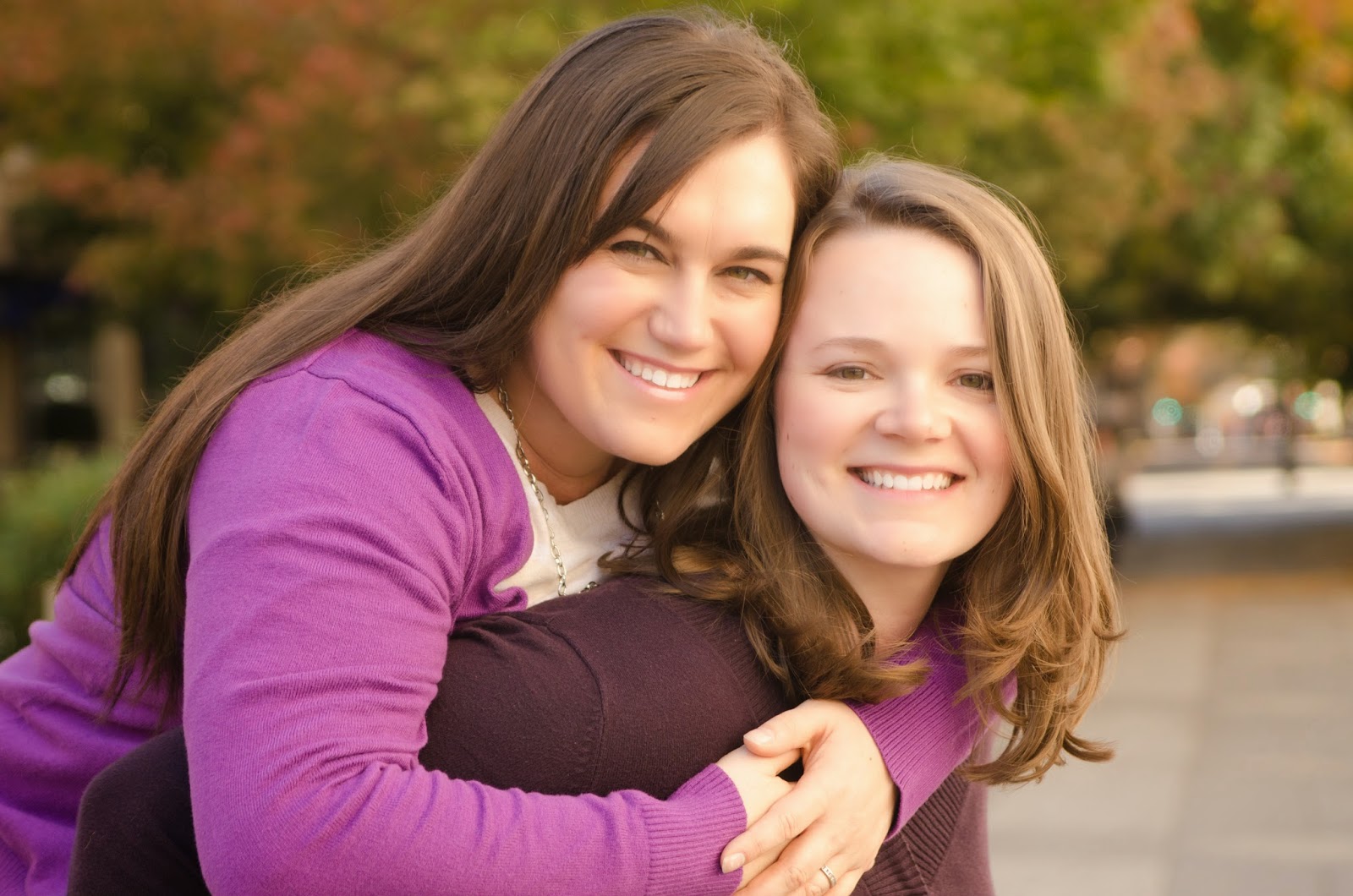 When we met neither of us was practicing any sort of specific religion as we felt alienated from our respective faiths and just really weren't sure where we fit in that whole smorgasboard.

As our relationship progressed however there were quite a few stumbling blocks relating to our past religious affiliations.  Neither Catholics or Mormons condone "homosexual behavior."  My parents, although initially surprised, were incredibly supportive (it is fair to note as well that while my mother was raised catholic she's a pretty free spirit and my father is an atheist so I had a pretty open religious upbringing)  My church home on the other hand - thats an ancient work in progress.  One that I have currently decided is moving too slow for me to participate in.

My wife, however, had quite a few hurdles to jump with her family - as the majority are practicing Mormons.  So on top of the initial surprise that I would say is typical in the continuous coming out process, there were some religious tightropes to be walked by all.

I won't sugar coat it - when my wife came out to her family the response was anything but good (barring a few family members we had already confided in).  In fact it was almost a year of back and forth hurtful comments, religious dogma, and oceans of tears.

This story, however, ends well (I think.)

While my wife's family are still very much practicing Mormons (and we are currently attending a Methodist church...) the ability to change, grow, forgive and love have mended some broken hearts. There is still plenty of room for improvement (a life-long journey I'm sure) but I'd like to think we are all approaching these relationships in the true spirit of the same God we all worship - with openness, and tenderness, respect, and ultimately love.

I truly hope that one day my family can choose whatever religious institution we feel called to attend, and while it will never be Mormon for us because I love my coffee too much - I'd like the options to always be there.

That being said, I'm also open to your religion not accepting me.  Because that my friends is called religious freedom.  However, I do have the expectation that you will treat people as they wish to be treated and respect and LOVE them as they are.  Tolerance is a cop out I am unwilling to accept.  Especially from those who claim to worship all loving, all merciful, all knowing Gods - I would assume a perfect being such as that would expect more from you as well...

But that's not the point.  The point is, times are a'changin.  And Love is an amazing power that we all possess.  It builds bridges and fortresses and kingdoms. Love is so strong that it can build bridges where nothing (absolutely nothing) stood before. In fact Love is so strong it can build bridges between happy lesbian wives and one big Mormon family.

And if that's not a victory, I don't know what is!