I am 100% absolutely determined to finish writing about our honey moon before our 1 year anniversary.  Which means I have 6months give or take to write about 2 more cities.  Doesn't sound like much right?  Wrong.  Because the last 2 cities were momentous.  Like huge.  Partly because we packed so much into them and partly because they have so many momentously huge things to be packed into them.  Like the Colosseum people.  And The Brandenburg gate.  I mean really.  I could write about 7 posts about the Colosseum alone.  I could live in there.  I could walk around the Colosseum for 2 days.  Exploring every nook and crany.  I'd particularly like to explore the cranies they don't let you in...but being in Italian jail didn't sound appealing to me.

Apparently as a small child I went to Germany.  I'm not really sure where in Germany because I was young and I was just recovering from a very rare form of Pnuemonia that I got and suffered through in Sweden (yes this is my life).  All I remember about Germany from childhood are castles.  They were around every corner.  And yogurt.  They had the best dang yogurt

So really Germany was a whole new world to me.  And I've never been to Berlin.

By the time we got to Berlin SP and I were pretty tired.  I love Paris but we don't speak French and that alone can be wearing.  And we had now been walking for about a week straight probably 10miles a day.  You know that saying...walk until your feet bleed?  We did it.  Literally.  I was also eating Ibuprofen like it was candy.

So when SP's aunt offered to pick us up at the Berlin airport and show us around while we were in Germany, I was so incredibly game.  We got into Berlin late at night so SP's aunt gave us the night time driving tour, then we went back to her apartment and crashed REAL hard.  The next day we went to a castle.

Just kidding, we did go to a mansion though.  And it was gorgeous and decadent and sunny and a much slower pace which we really needed.  We wandered through the house and the gardens and I once again imagined how lovely it must have been to be royalty (when IS my royal family coming to get me already?!) 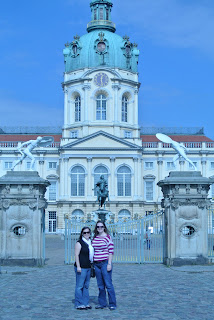 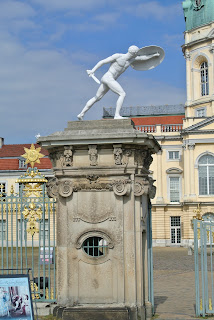 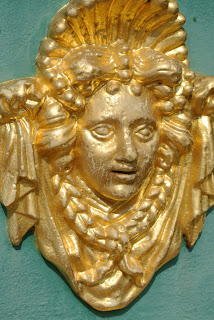 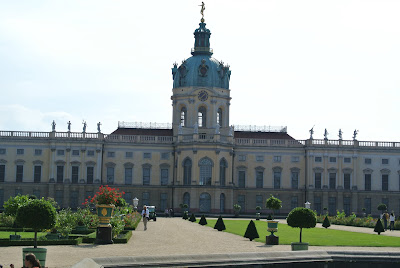 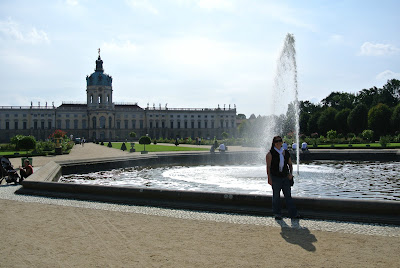 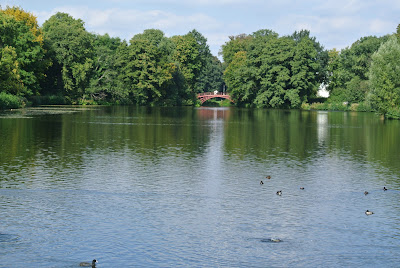 We also went to a beer garden.  Now that's a tradition I could get behind.  From my limited experience it seems that Germans take a lot of breaks and drink a lot of beer and they like to be out doors.  Yes. Yes. and Yes.  Sitting outside having a beer, enjoying nature, relaxing, chatting with friends - why are we not doing this more in the US?  It is an accepted part of the culture there to stop and have a delicious beer in the middle of the day.  Yes.  And the Beer.  The Beer is amazing.  comparable to the French croissant.  Like the best beer of my life. 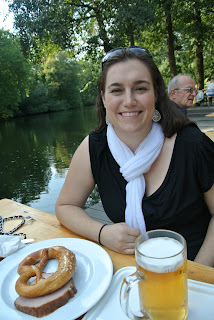 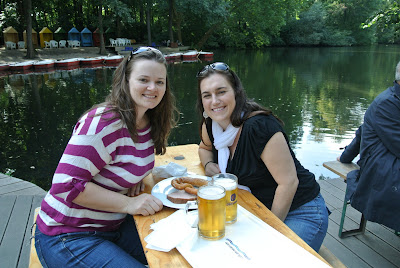 After that we did essentially every major site in Berlin there is to see in one whirlwhind afternoon. The architecture the sun the grass the beer, oh wait, did I mention the beer already?  I think I could be German except for one small thing...the language.  I feel that personally I'm pretty adept at languages.  I can pick up important phrases quickly and I know that if I put in some effort and use it I could learn most of your garden variety languages (nothing tonal that would never happen) but German sounds like nothing familiar to me. And no offense Germans, its kinda ugly sounding.  None the less I really liked Berlin and I would love to spend some more time in Germany in general... 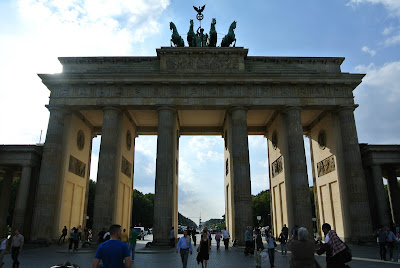 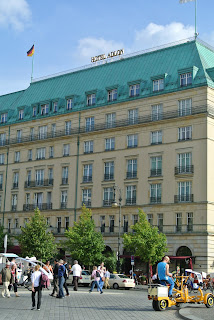 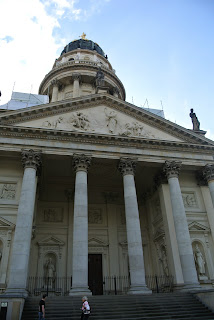 Fun Fact: The Hotel Aldon is where Michael Jackson hung his baby out the window 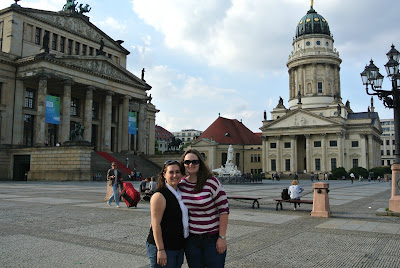 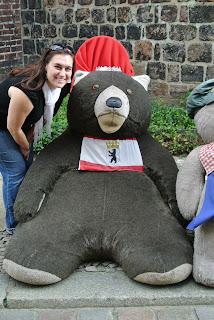 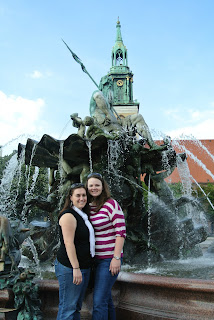 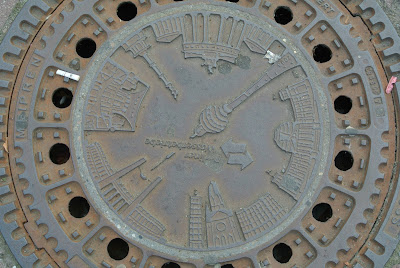 After the quicksie poo tour of Berlin's major sites SP's aunt whisked us away to her country home.  Another trend I could get behind.  Apparently many German city dwellers also keep a place in the country where they can get away from it all when they are tired of the city life.  Sign me up.  SP's aunt's country house is beautiful and definitely out in the country surrounded by ponds and fields and green.  It was a breath of fresh air after SO MUCH hustle and bustle. 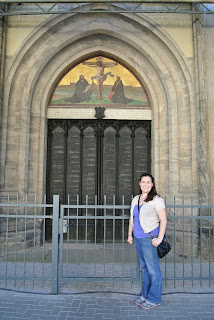 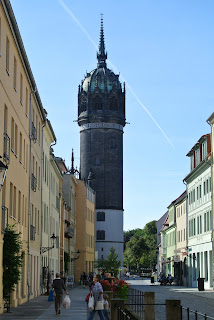 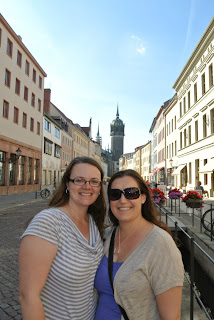 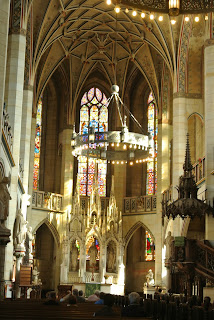 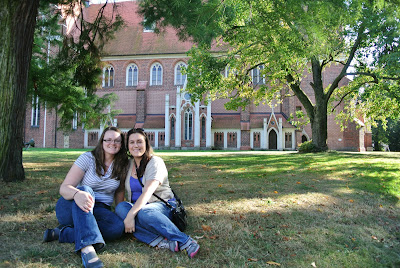 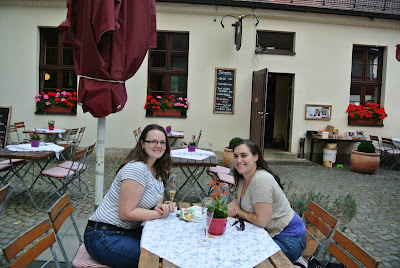 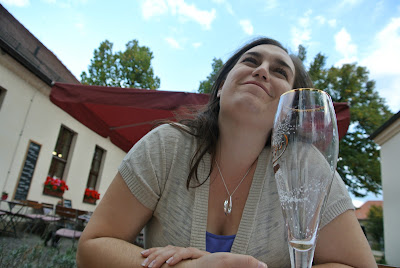 And boy did we need that breath of fresh air as we set off to Roma...

Posted by Bloggity Bloo at 8:43 AM