Today marks the start of another monumental moment in history for the LGBTQIA community in the US. The case for nationwide marriage equality will be made before the nation's highest court. It's hard for me to understand how this is still a question in our country - but I think there are still so many hearts and minds who simply don't understand how deeply this affects our day to day lives.

When I wrote the post below 2 years ago, I think the country was still coming around. They were still learning (believe it or not) that LGBT people are just like them. They didn't quite understand that we weren't asking for special rights but rather the same rights that were afforded to them regularly (and sometimes multiple times over...)

When I wrote the post below 2 years ago I was honestly scared that marriage equality would not pass in my state...again. That SP and I, on the cusp of trying for babies, would be forced to work within an oppressive, hateful system once again.

This invisibility means something to the invisible.

I'm lucky to stand on the shoulders of the amazingly strong women and men who fought to get my family here today - in a state of relative security. It is only right that we leave this place better than when we found it - and so today I hope you too will stand on the right side of history.

All my love,
Sarah (and Family!)

Why Tonight (Or The End Of June...) Will Be Momentous For Me. 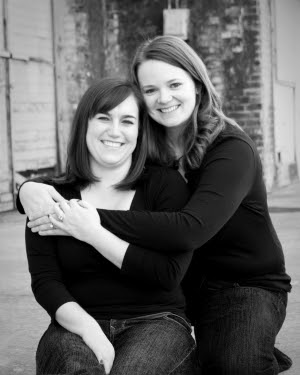 Prior to getting illegally married to SP, I always did my own taxes.  Turbo tax was pretty self explanatory and I don't make enough money or own enough property or valuable things to make it complicated.  Fill in the blanks.  Get tax return.  (or pay that one HORRIBLE year when all my paperwork was messed up)  This year SP and I took one look at the laws regarding filing taxes as Registered Domestic Partners (RDP) - the gay version of marriage in CA right now - and knew there was no way that we could file our taxes accurately.  And yet, we still don't make a lot of money, we don't own a house, or have children.  So, in reality, we should be able to file together no problem.  And still.  No.  Dice.  So we paid (some really nice people) a decent chunk of our tax return to file our taxes for us.  So that we wouldn't do it wrong.  So that we wouldn't be audited and have it cost us even more of our hard earned money.

As many of you know SP and I want babies.  The other day I was thinking about what would happen if something happened to either one of us during labor/delivery.  What if there was an emergency?  Would we have a legal right to one another?  Would our families allow us to visit?  Who would get the baby should something terrible happen (premature I know but these thoughts, they come)  What if one of us becomes disabled?  Or hurt?  Or god forbid - Killed.  What if we win the lottery or lose all of our money.  Will we have any legal obligation to one another?

If you've met us, if you've seen us together - you know we love each other.  I can see the love in SP's eyes every day.  I know that we will fight for our illegal marriage no matter what the government or mean spirited people say about us.  We already fought to get here.  We've been tested.  Being Married, legally, it means something.  It holds weight with others.  Because no matter how deep our commitment to one another, no matter how hard we love one another - some people they need a piece of paper to give us what we know we have already earned.  Just by being us and in love.  But on top of the fact that it means something socially.  It means something legally.  And those what if's and tax issues above, those are things that plague SP and I on a regular basis.  And that sort of thing...legalese and hoop jumping...that shouldn't color your marriage.  Because let's be honest, marriage is plenty hard on its own.

Today many people are wearing red or changing their facebook photos to the red human rights equal sign to show their support for marriage equality in this country.  The solidarity has been surprisingly touching.  I truly hope that future generations will walk through this world with very different lenses - ones that aren't shaded by sexual orientation and gender norms, and discrimination.  And I am reminded that I'm lucky to be alive in history and to stand on what I believe to be the right side of history. 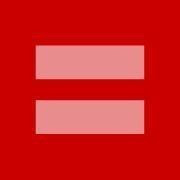 Posted by Bloggity Bloo at 8:43 AM